Over Under to launch Cocktail Bar

Spring 2019 will see Over Under Earl’s Court launch as a neighbourhood cocktail bar. Over By Day. Under By Night.

Business will continue as usual during the day, serving up great coffee alongside well balanced, delicious breakfast and lunch dishes. Come evening, the space will transform to create an intimate cocktail bar nestled within the community.

Once the last latte has been served, the doors will shut and the cafe will undergo ‘The Flip’. Working with BCI Studio, the flip has been designed to alter every element of the space and furniture, from day to night. The table tops will turn over to showcase a different material on the underside, the bar cabinet will become a stage, displaying spirits on illuminated backing. The coffee machine will disappear behind curtains, which once drawn, will help to enhance the feeling of change in the space. Walls, which by day display an alternating exhibition of local artists, will be covered by a hidden door to reveal an eclipse light feature, accentuating the emotion of going into the night. 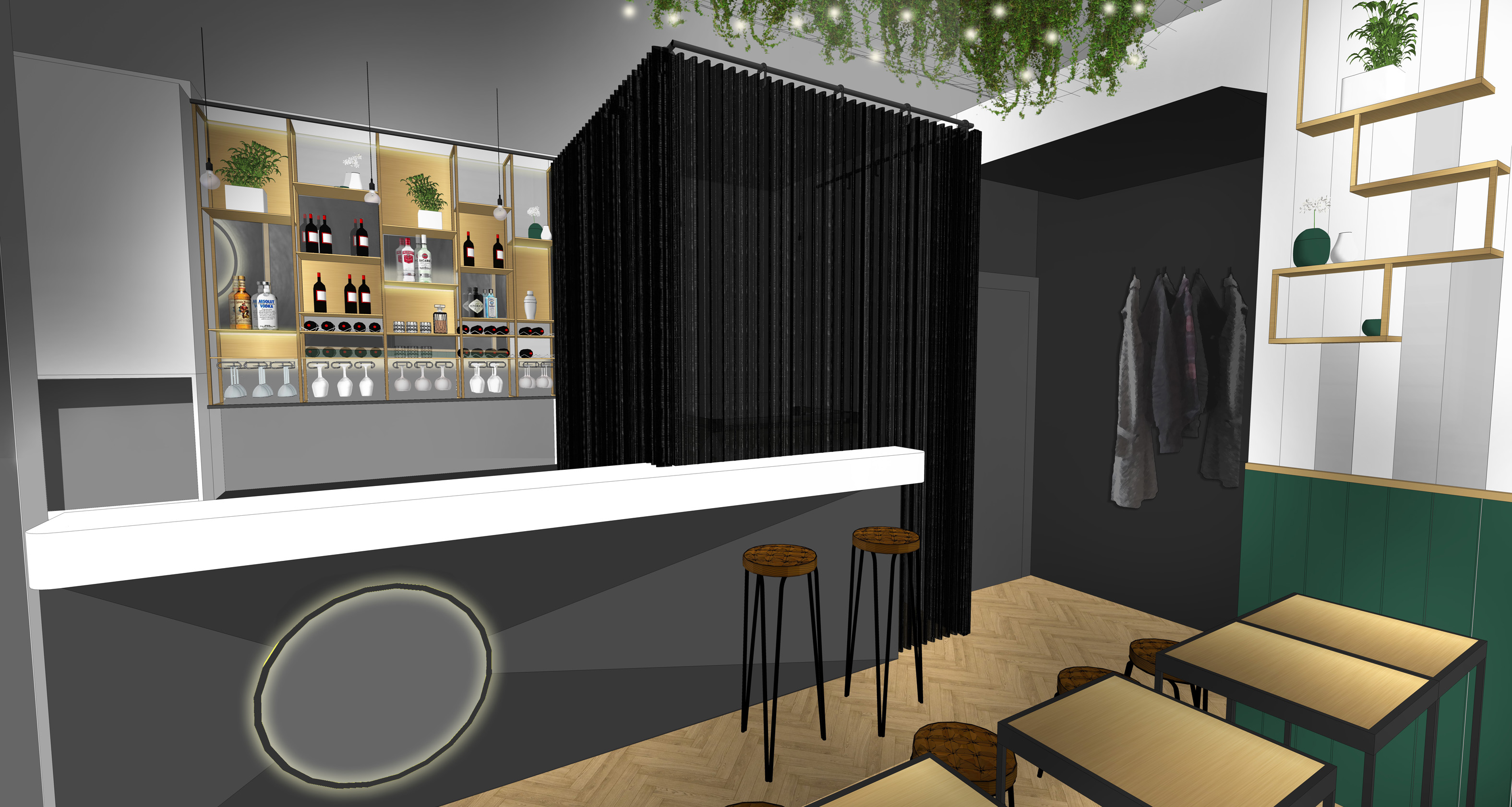 A former phone shop, the space will become a bar for those in-the-know, tucked away off the Earl’s Court Road. The dark vibey lighting will invite passers by to sink into one of the fifteen seats for intimate drinks. Starting in the summer, the bar will host ‘Cafe Sessions’ in the evenings to showcase emerging creatives.  These nights have been a fixture since the Over Under first opened, but they’ll be relaunching bigger and better now that they’ll be hosted at their very own bar. The cocktail menu is courtesy of J Rivera, known for his role as Bar Manager at Aquavit London and Brooklyn Gin UK Ambassador. The cocktail menu will mix together unique flavours and constantly changing infusions alongside a small selection of wine and beers. Highlights include a Coffee & Chocolate Wash Negroni, Cereal Oat Milk & Popcorn Vodka and the house £6 Espresso Martini, using single origin beans roasted by Assembly and vodka from East London Liquor Company.

On the flip, founder Ed Barry comments; “Since first opening in 2017, it has become apparent there is the same demand for specialty drinks which we first recognised existed for coffee. By utilising our space in the evenings we have the opportunity to provide well priced and creative drinks to the same loyal customers we have in the day, extending those good vibes all through the evening. We’re going to be a one-stop shop for all Earl’s Courts hydrating needs”.