A Brief Look at Israeli Tourism in 2019 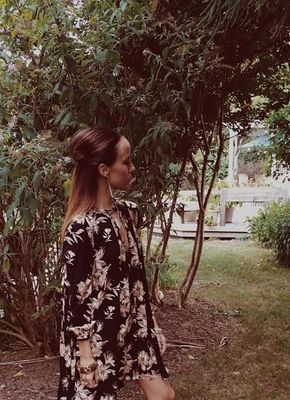 For the past few years, Israel’s tourism sector has been pushing a new strategy to market the country as a fun leisure spot with sunny weather year-round. With more than 4 million visitors in 2018 — shattering the previous year’s record by more than 13 percent — the strategy has been considered a smashing success.

Despite an effective marketing campaign, many changes took place that led to Israel’s rapid expanse in tourism.

Modernization has taken over the country, affecting everything from infrastructure and transportation to restaurants and hospitality. Tourists are discovering there is more to Israel than meets the eye, and having an authentic experience is easier than ever.

Discover the four trends that are dominating Israeli tourism in 2019.

Years ago, catching a flight to Israel could be difficult. However, grants from the ministry have encouraged new routes from around the world, including Asia, Europe, Iceland, North America and South America. In 2018, the majority of travelers — more than 800,000 people — came from the United States. China is not far behind, as it has the fastest growing group of visitors with direct flights leaving from Shanghai.

Those who want to visit Israel now have the option to fly on numerous airlines, including United Airlines, Lufthansa, Air Canada and SWISS. Eilat, a southern city on the border of Jordan, has also opened a new international airport with the ability to handle up to 2 million passengers a year. Better and more convenient options for travelers, coupled with lower prices, influences the number of travelers who visit.

Petra, an ancient city settled more than 2,000 years ago, is on many travelers’ bucket lists. One of the Seven Wonders of the World and a UNESCO World Heritage Site, the city is known for its impressive stone architecture and complex array of dams and water channels. To reach Petra, tourists typically had to book a tour departing Eilat.

Now, tourists have more options for visiting the ancient city, with single- and multi-day tours that depart from both Jerusalem and Tel Aviv. Convenience while traveling is enough to bring in new visitors from around the world. Tourists can fly directly to a major city and plan a custom itinerary that hits all attractions of interest.

Sukkot is a week-long festival in Israel when plenty of activities take place. For a tourist, it’s a great time to visit. The holiday is a time to reach your highest potential, following ancient teachings for opening up to haMakif, what Kabbalists call the surrounding light. This light represents your improved future-self, just within reach.

Sukkot is the time of year when we push ourselves to do and be better. For tourists, it’s a chance to immerse in a new culture. Sukkahs, outdoor wooden structures built under strict guidelines, pop up all across the country. Travelers can share a meal with locals or visit a community event at a synagogue.

Most tourists who step foot in Israel are visiting for the first time, and they typically stop in Jerusalem, the most visited city in the country. Jerusalem has profound historical and archaeological value, as well as significance to three of the world’s major religions. The cobblestone streets have witnessed some of the most important events in history.

Jerusalem offers more than 20,000 hotel rooms, and the city saw a 32 percent growth in tourism in 2017. Visitors are drawn to the Old City of Jerusalem, a site of great historical significance. It is said to be the place where Christ died, was buried and resurrected. It’s also where Muhammad is said to have risen into the heavens. People flock to the Western Wall in the Jewish Quarter — the holiest site in Judaism — and the Dome of the Rock.

Israel has seen in an influx in its number of tourists. This impact has been due to a combination of a solid marketing strategy, improved infrastructure and more direct flights. As travel becomes more convenient, people will take the opportunity to see all the country has to offer — from sites of historical significance to immersive cultural experiences.

Can Hoteliers Afford to Ignore Google in the Post-Crisis Era?