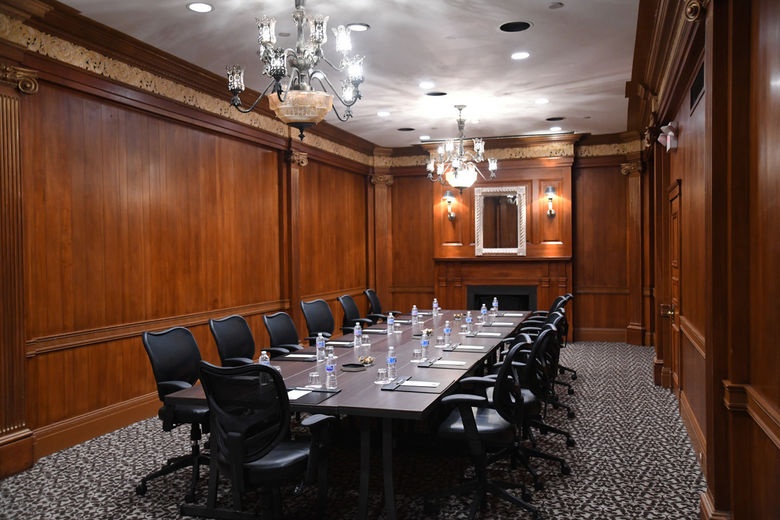 More than 100 invited guests, including Summit Mayor Nora Radest, executives of Fortune 100 companies based throughout the region, members of the Suburban Chamber of Commerce, numerous other clients and area residents attended the event, which included tours and presentations by the hotel’s managers.

Robert Gelber, president & general manager, said the renovation preserves “the best of the hotel’s history while bringing it into the 21st century in terms of technology and amenities.” Each renovated guest room was torn down to the framing and rebuilt from the floor up, with upgraded electrical service and plumbing, cutting-edge bathroom designs and new furniture and bedding.

“The renovation restores the glamour that long has been a hallmark of The Grand Summit Hotel while adding a hip and trendy vibe to our classical setting,” he said, adding that the physical upgrades are just the beginning of the hotel’s renaissance, which will include upgrading service standards to deliver a four-star experience.

Gelber said that effort will extend to The Hat Tavern, which next year will be transformed into Summit’s newest restaurant concept, with a new name, menu and décor.

Gelber and his business partner, Marshall Weinerman, have owned and operated The Grand Summit Hotel independently of their national chain competitors since 1984. They are only the fifth owners since the hotel’s predecessor, The Blackburn House, opened on the same tract of land on Springfield Avenue in 1868.

About The Grand Summit Hotel

Everything about The Grand Summit Hotel speaks to its authenticity as a historic icon in Northern New Jersey, from its intricate exterior brickwork reminiscent of a classic Tudor mansion to its original interior lobby, featuring a vaulted beamed ceiling, gold-leaf detailing, chestnut woodwork and stone fireplace.

More than 150 years after the hotel’s founding in 1868, its original guest rooms have been renovated to 21st century standards while retaining the boutique style and charm that distinguish them from the sameness of branded franchised hotels. The independent hotel’s family owners are committed to providing friendly, individualized service in the tradition of the founders.

The Grand Summit Hotel specializes in catered corporate and association meetings and social events, including weddings, anniversary celebrations, bar and bat mitzvahs, class reunions and baby showers. Its ballroom can accommodate up to 150 attendees for corporate meetings, 225 for social events and 350 for trade shows and receptions.

Summit is a popular destination for international business and leisure travelers, who come for meetings at the nearby headquarters of Fortune 100 companies as well as world-class shopping in the 150 stores and restaurants that comprise The Mall at Short Hills, just three miles away.

How COVID-19 Is Eating Into Hotel Profit