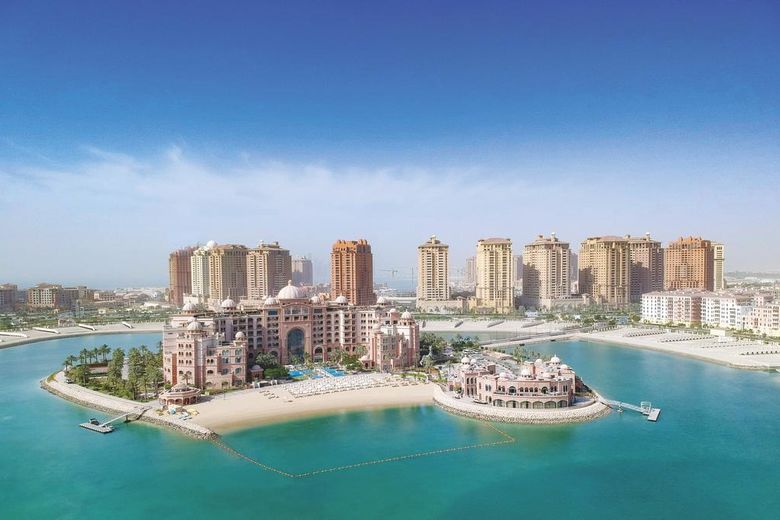 Europe’s oldest luxury group firmly denies the allegations stated in the British publication at the time. As an international luxury company with more than 25,000 employees around the world, Kempinski Hotels is wholly committed to abiding by the highest ethical standards and to providing a safe, fair and supportive working environment for all staff.

These allegations dating back 2018 didn’t relate to Marsa Malaz Kempinski, The Pearl – Doha but subcontracting vendors which were not directly commissioned by Kempinski. However, due to the significance of the allegations, the hotel launched at the time an immediate inquiry into the working conditions of subcontracted staff following the publication of The Guardian’s and black-listed the non-compliant subcontracting companies involved. The hotel obviously continues to monitor the situation closely since then.

“We regret the decision of Football Club Liverpool not to stay at Marsa Malaz Kempinski The Pearl – Doha is based on incorrect allegations dating a year back”, says Martin R. Smura, Chairman of the Management Board and CEO of Kempinski Hotels. “The safety and wellbeing of all our employees is a priority for Kempinski Hotels. We have robust policies and procedures in place, designed to comply with all local, and international, labour laws and requirements and we require our sub-contractors the same.”

Every year Kempinski Hotels runs a survey in collaboration with an independent consulting company to measure the employees’ satisfaction and engagement. Commenting on this survey, Martin R. Smura says “We have recently completed our yearly Employee Engagement Survey in our hotels and we are happy to report that in Qatar specifically, we have increased year on year the engagement levels among the employees, which represents a highly motivated team. We would never be able to reach such a rate and provide such a level of excellence in our properties if we were treating our employees badly. We would be delighted to welcome the FC Liverpool and its trainer Jürgen Klopp who we highly esteem so that they can judge by themselves the working conditions of our employees.”

Founded in 1897, Kempinski Hotels is the oldest luxury hotel group in Europe. The long-established company offers its guests first-class hospitality and personal service worldwide, complemented by the exclusivity and individuality of the respective hotels. Kempinski currently operates 78 five-star hotels and residences in 34 countries and will expand its portfolio in the future with new hotels in Europe, the Middle East, Africa, Asia and America. Each hotel reflects the strength and success of the Kempinski brand without losing touch with its traditions. The portfolio includes historic grand hotels, award-winning lifestyle city hotels, exceptional resorts and luxurious residences. Every Kempinski meets the quality standards that guests expect, while at the same time preserving the cultural tradition of the destination. Kempinski is also a founding member of the Global Hotel Alliance (GHA), the world’s largest network of independent hotel brands.   www.kempinski.com/press • www.gha.com

Today’s Metasearch: Why It Should Be In Every Hotel’s Marketing Mix