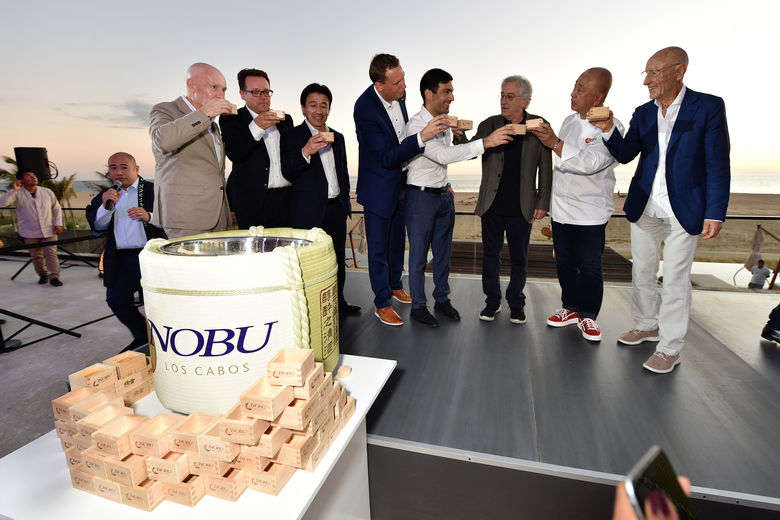 Following the cutting of the ribbon, guests gathered for the traditional sake ceremony to the sound of Japanese Taiko drummers – marking the official launch of Nobu Hotel Los Cabos. After breaking the lid to the sake barrel with wooden mallets, sake was served to guests in traditional masu cups for a grand toast.

Following the toast, an extravagant fireworks display colored the sunset, reflecting over the ocean at Nobu Restaurant. The celebrations continued throughout the evening with entertainment including fire dancers and an exclusive performance from renowned American DJ and producer, DJ Cassidy.

A structural vision, courtesy of lead architects, Monica Cuervo and Mark Yoshizaki of WATG, Nobu Hotel Los Cabos sits on a stretch of sand on the southernmost tip of the peninsula. Each of the 200 rooms and suites have ocean views and the interiors, handled by Severine Tatangelo of Studio PCH, execute a delightful balance of the Japanese style that Nobu is famous for, with a strong sense of its Mexican locality.

What Are These “Things” And Why Do I Need Them In My Guestroom?