ICON Outlet at The O2, the 210,000 sq ft premium urban outlet developed by AEG and Crosstree Real Estate Partners are pleased to announce the signing of KickTown, the first technology-led football challenge experience of its kind.

KickTown is set to take a 3,000 sq ft sized space within ICON Outlet and will open its doors in December.  The concept is the brainchild of Harry Lewis, owner of one of the world’s largest dedicated football YouTube channels, WS2, which has 14.6 million subscribers.

Taking inspiration from his infamous YouTube broadcasted football challenges, the primary focus of the venue will be on the physical challenges themselves. Each challenge attempt will be recorded, allowing participants to leave not only with their scores but also footage of their attempts. Challenges include kicking a football in the boot of a supercar, a giant ricochet ramp, and an augmented reality goalie game.

Technology will sit at the heart of the KickTown experience, with a dedicated KickTown app and ‘KickBand’, an NFC enabled wristband connecting visitors’ physical challenge scores with the digital app platform, as well as uniting both the dedicated physical and digital football communities. 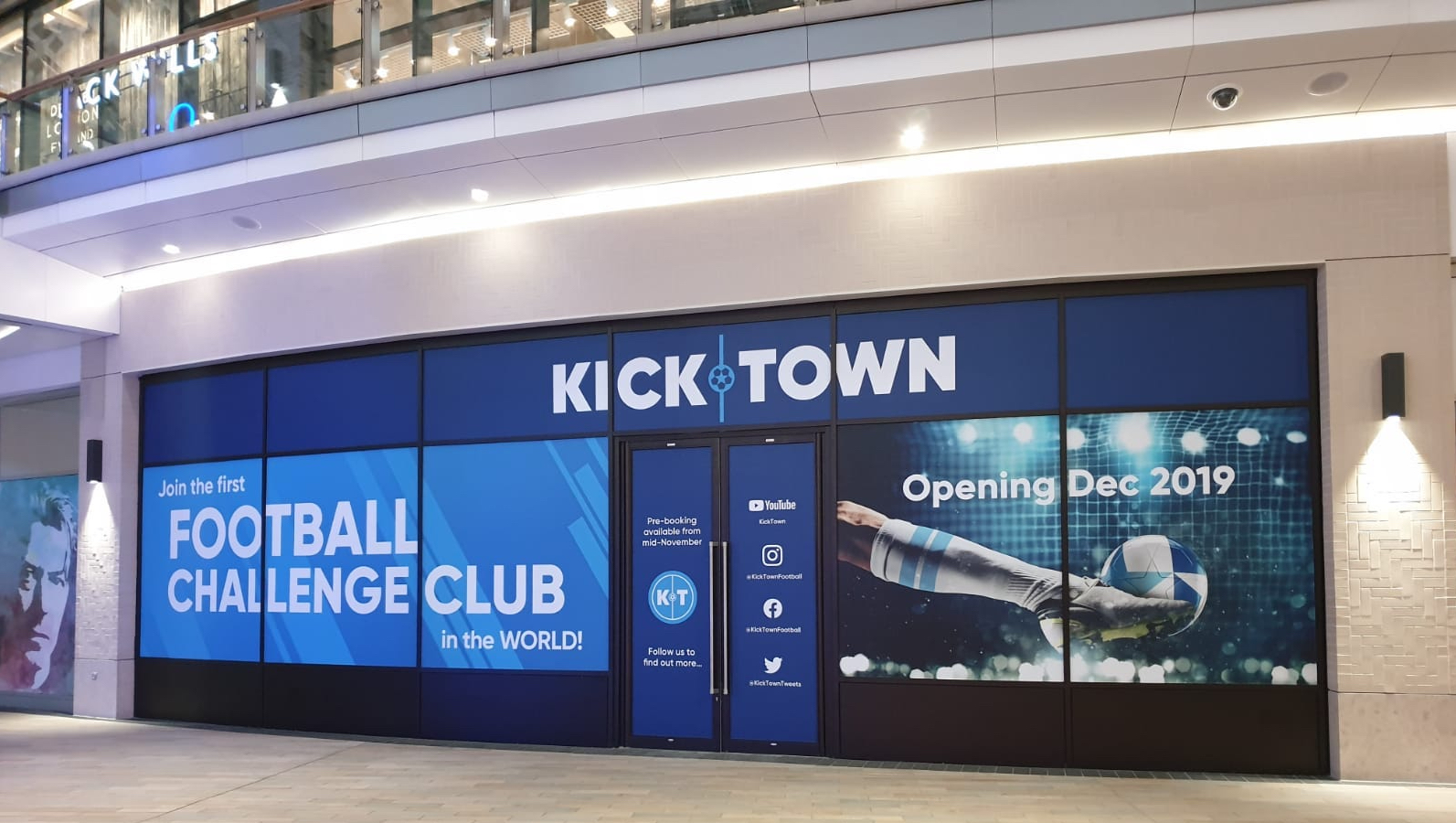 Harry Lewis, the key influence behind the KickTown brand concept, said: “The O2 stands out to myself and the KickTown Executive Team as the perfect platform with which to launch our exciting new concept. The experience will allow users to compare scores and share videos of their attempts online as well as be part of our KickTown Football Challenge community from a far with our app and mobile games.”

KickTown’s CEO, Jonathan Buchanan, added: “The ability to operate alongside premium sports brands at ICON Outlet provides us with an amazing opportunity to unite both traditional and modern experiences and will hopefully encourage the cross-pollination of audiences.”

Speaking on behalf of AEG and Crosstree, Marion Dillon, Leasing Director for ICON Outlet, commented: “Securing the international debut for the world’s first football challenge-concept at ICON Outlet, highlights our wide-reaching appeal within the sports industry.  Our offer includes some of the most exciting and dynamic sporting experiences, such as the hugely popular Oxygen Freejumping trampoline park and hosting sporting events in our arena including the Nitto ATP Finals and World Championship Boxing. KickTown will join premium sportswear giants Nike, adidas, ASICS and New Balance to enrich our increasingly interactive sports offering and complement the unrivalled fashion, leisure, and hospitality names all under the roof of The O2.”

KickTown’s signing follows the news that premium sportswear brand, New Balance, has opened its 2,700 sq ft. store within ICON Outlet earlier in October. New Balance and KickTown’s offerings are to be further complimented with a number of sample sales from Showcase: brands including Superdry, Paul Smith, Reiss, Helmut Lang and Theory have already hosted sample sales, with Hackett set to take place at the end of the month.

CBRE and CWM are the retail leasing agents for ICON Outlet.

Estrella Galicia announces restaurant kit with Sabor, offering a Spanish Tapas feast from the comfort of your home