Panic Buttons are the Tip of an Infrastructural Iceberg 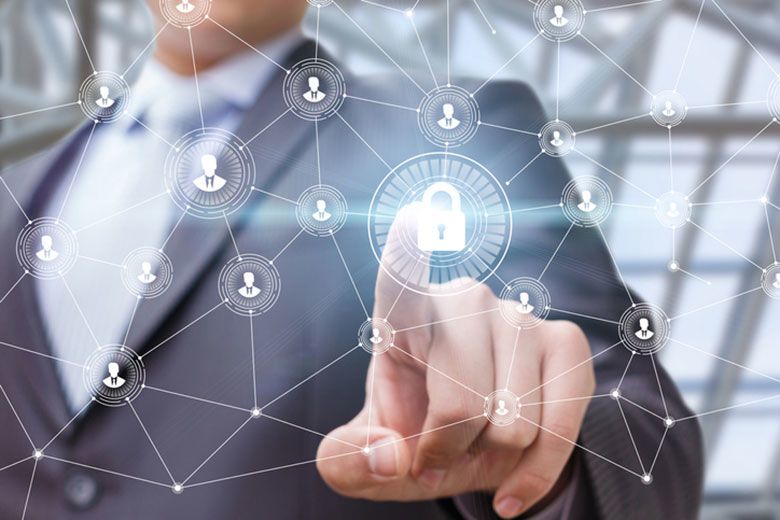 As ESDs (emergency safety devices) start to reach mainstream adoption across the world, it’s critical that you not only make implementation at your hotel a priority, but also that you consider all the underlying electronic infrastructure required to ensure these systems are designed to last.

As a forewarning, some of this language may be a bit technical, but it’s important you understand the basics of how all these systems interact so you know exactly why a more expensive solution upfront may ultimately prove to be more cost-effective over the long-term.

And as background, one of the chief reasons I’m so fascinated by the proliferation of panic buttons has to do with my bafflement over why it took so long for us to embrace these security measures. We’ve known for a long time now that our employees – primarily room attendants – were being placed in compromising situations due to their relative isolation while at work, and yet an effective response protocol has only recently emerged through the deployment of an IoT (internet of things) framework.

True, we’ve had RFID (radio frequency identification) for many decades and relatively affordable forms of WiFi or GPS for nearly 20 years, but these technologies could never really give us the response immediacy and pinpoint location accuracy afforded to us by modern BLE (Bluetooth low energy) beacons that underpin an IoT apparatus.

However, as I’ve learned by investigating panic button solutions for a few properties I currently work with, the installation process is never a quick, cheap or slapdash project. If you treat it as such, you will inevitably have to upgrade or rebuild the base infrastructure every two to three years, representing a significant recurring cost.

Instead, taking your time to find the best possible solution and spending more upfront will ensure that the system you deploy to enable BLE beacons, IoT and ESDs will have robust ‘future proofing’ so that it can adapt to the rapidly changing technological landscape of years to come.

What to First Consider for Your System

The trickiest issue to resolve prior to implementation is that you need a connective environment that is constantly yet still preserves the worker’s privacy. Namely, it would be a violation of one’s rights – and I don’t doubt the labor unions would also have a bone to pick – if you were to monitor your housekeepers’ every move via wearable devices that are only intended to have rare activation.

Instead, you need a system that is always on and can determine an employee’s exact location but is still silent and noninvasive. The best way to achieve this is through BLE rather than other methods of connection like NFC (near field communication) or RFID which both passively interact regardless of first requiring a digital permission exchange as is the case for Bluetooth.

So, with my support going for a BLE-enabled solution, step one would be to evaluate your property to ensure that no nook or cranny is left out of range. But this isn’t always possible, especially when you are retrofitting on a budget with only a tight allowance for numerous beacon purchases and additional probes for remote monitoring.

Hence, the ideal panic button platform will concurrently allow for alternating connectivity between BLE and WiFi because the rather wireless access point integration has a bit more range. Moreover, a system that can fluidly migrate between these two means that your installation costs will be minimized because you can leverage your existing infrastructure.

Just like how your cell phone’s battery eventually fades to nothing, so too will any other electronic device, especially those that require a constant connection. Any wearable designated for emergency purposes must be given particular attention, though, because if you opt for an inferior model, the maximum battery capacity may be so abysmal that they will require charging multiple times per shift and thus must be accounted for as part of the quotidian job responsibilities.

While all buttons will eventually need to be replaced, BLE-based buttons can last between one to three years depending on overall use and do not require continual recharging, which is in sharp contrast to certain WiFi-based buttons where the maximum battery lifespan is upwards of only one month. For this latter group, it would mean that your SOPs would need to be modified to incorporate a mid-shift checkup on the residual charge, thereby increasing labor costs because this time would have to be diverted away from other operational tasks.

Or, worse, imagine a scenario where the version you choose ends up having insufficient batteries that erode down to less than a total shift’s worth of juice and the employee doesn’t have time within his or her shift specifically allocated for recharging. In this instance, if a housekeeper was to enter a threatening situation during the latter half of his or her working period and the ESD was out of batteries, the hotel would technically be liable for damages incurred.

Thus, although the installation may represent the bulk of the fees you anticipate incurring, any assessment must also account for what the ongoing costs will be in terms of how often the panic buttons need to be replaced, as well as what sort of maintenance checks are required for the underling beacons and supportive hardware. My advice here is quality over quantity in that having to constantly buy new wearables will end up being a headache.

The proverbial gun our heads that sparked this panic button drive has been to protect our room attendants who have suffered through the majority of personal assaults or other dangerous situations in the past. But that does not mean you shouldn’t jointly consider other future uses of this technology.

While the current rollout of legislations mandating ESDs pertain mostly to room attendants, there are a myriad of other hospitality positions where the nature of the role puts the employee in potentially harmful situations. These may include but are not limited to maintenance workers, public area custodians, bellmen or valet servicepersons.

All may soon be under the purview of municipal or state laws related to panic buttons, whether they are operating in the lobby, buried under a mass of concrete on subbasement four or off at the farthest reaches of your resort’s guest parking lot. And it’s not like you can easily extend BLE to, say, the greens of holes 11 through 18 on your golf course, so a fluid, hybrid solution is therefore a must for any resort.

Besides hoteliers needing to know all employees’ exact locations for security or emergency purposes, there is the matter of optimizing guest service. Although we’ve discussed the need for worker privacy, there are nevertheless ways to anonymize the data so that an analysis of available resources, efficient route planning and a myriad of other lucrative use cases can be charted. But these applications will only become apparent if you plan ahead and soundly design a framework with future considerations already in mind.

My hope in writing this is that, as I have found out over the past few months, you understand that there’s a lot more involved with the implementation of panic buttons than may initially be apparent. And importantly, with so many other operational upgrades throughout a hotel property, the cheapest and fastest solution to a need or problem is often only a temporary bandage that will soon have to be swapped out. It may prove to be far better in the long run to diligently map out a comprehensive system, even if the upfront bill is substantially more on paper, because there will undoubtedly be hidden costs associated with not getting it right the first time around.

As More Companies Let Employees Work From Home Permanently, What Is the Outlook of Business Travel?