March will see the exciting return of three Michelin starred chef Daniel Humm to Zurich, where he will play a guest role at Laurent Eperon’s two Michelin-starred Pavillon, located at one of the city’s most historic and prestigious family-run hotels, Baur au Lac.

The chef behind New York’s Eleven Madison Park, fresh from his first foray into London’s restaurant scene launching Claridge’s new Davies and Brook restaurant, Humm will present a very special pop-up with Laurent Eperon at Pavillon – the restaurant that nurtured both chefs’ early career. Humm’s career began as a Commis Chef with Eperon at Pavillon, which is renowned for producing outstanding culinary talent, including “ASI Best Sommelier in the World 2019”, Marc Almert. 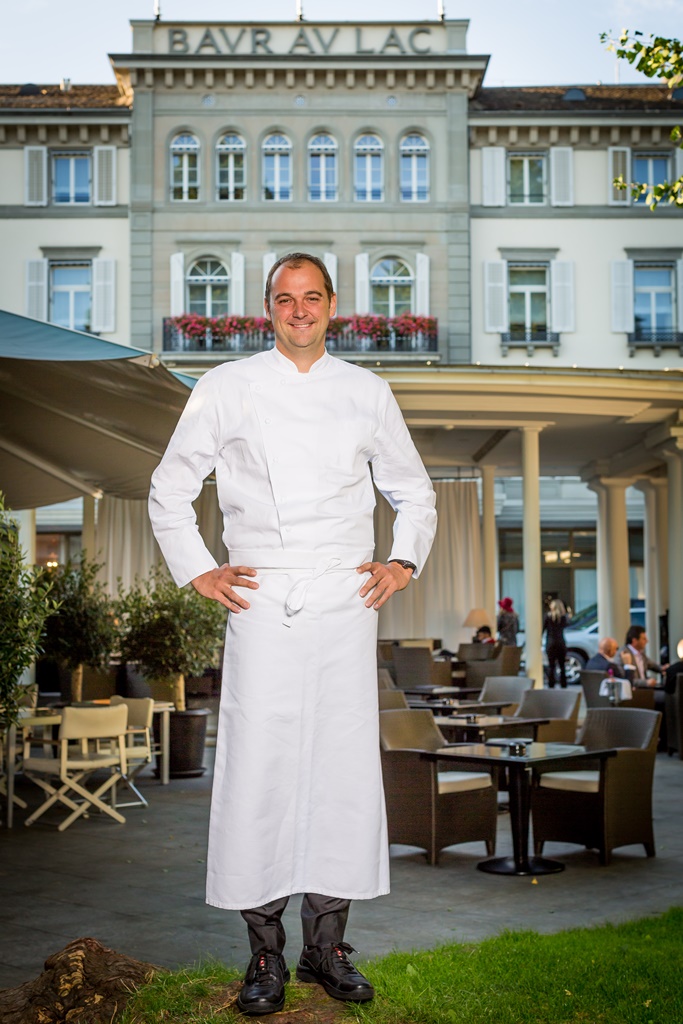 From 17-21 March, Humm will craft a special nine-course tasting menu showcasing his innovative and refined cooking at Pavillon, using locally-sourced and produced ingredients including some of his most-loved dishes, such as his signature honey and lavender roasted duck from Eleven Madison Park, the number one restaurant on the 2017 World’s 50 Best Restaurants list. The special menu will also be available for lunch on Friday and Saturday, 20 March and 21 March.

As part of a long-standing partnership between the Baur au Lac and Zurich’s Children Hospital, Humm will showcase his traditional and innovative cuisine in Bürkli square with a pop-up hot dog stand serving his signature bacon-wrapped, deep-fried ‘Humm Dog’ from 11.30 on 18 March. Humm Dogs will be available for CHF20, with all proceeds equally donated to Zurich Children’s Hospital and the Kinder-Spitex of canton Zurich, a children’s medical care programme.

Speaking about his return to Zurich and Pavillon, Daniel Humm said;

“In addition to being one of the most legendary hotels in Europe, Baur au Lac is an incredibly special place to me personally. I am always grateful and excited for the opportunity to return to the restaurant I called home during the most formative years of my career. I have carried the lessons I learned there with me throughout my life, and the foundation I built there has informed so much of my cooking style and philosophy. I am honoured to have been invited back once again; it truly feels like a homecoming.” 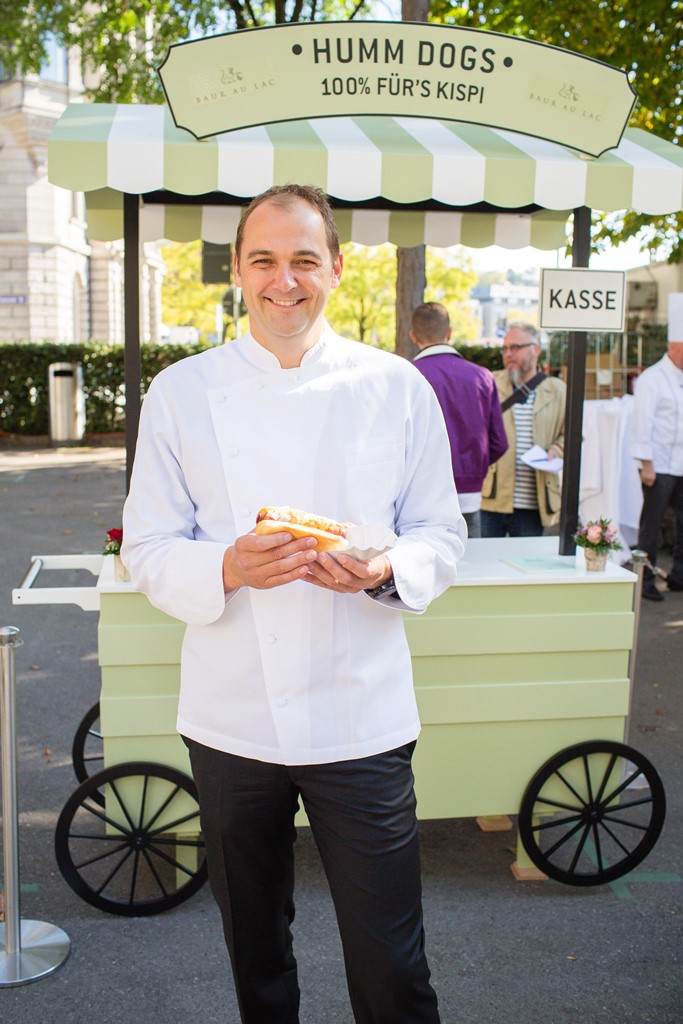 Humm’s passion for food developed at a young age, working in kitchens from the age of 14. He later spent time in some of the finest Swiss hotels and restaurants including Pavillon, before earning his first Michelin star at the age of 24 at restaurant Gasthaus zum Gupf in the Swiss canton Appenzell. In 2003, Paul Zuest, a Swiss hotelier who discovered Daniel at Gupf, encouraged Daniel to move to the United States to become the executive chef at Campton Place in San Francisco, where he received four stars from the San Francisco Chronicle. Three years later, he moved to New York to become the executive chef at Eleven Madison Park, regularly touted as one of the very best restaurants in New York, and most recently made his London debut in taking over Claridge’s fine dining restaurant, Davies and Brook.

Prices for the 8-course Daniel Humm menu start from CHF 450 including water and coffee. Wine pairings selected by Marc Almert, Pavillon’s ASI Best Sommelier of the World 2019, will be available for an additional CHF 150.

A breath of fresh air for helicopter travel…