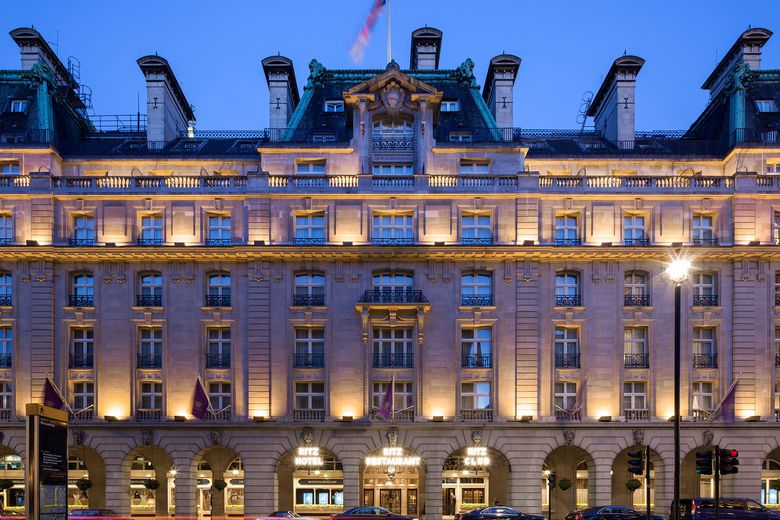 Trophy hotel is a term used in hospitality real estate to define a property in remarkably high in demand and either super prime or prime locations by investors. These assets are generally a status symbol with well-known name recognition, a landmark, iconic buildings located in prestigious prime address with strong underlying property fundamentals such as unique distinctive design architectures and the finest construction and highest quality finishes money can buy.

The level of pride of ownership is very high, and the purchased price is almost irrespective of the trading potential of the property. Michael Vargas, a principal and co-founder of the Vanderbilt Appraisal Company described a trophy properties as “rare, special and coveted by many, like a Picasso.”

Although, there is no solid definition of what establishes a trophy hotel. However, it tends to be a luxury upper-scale hotel at the top of the local market, usually with a rich sense of history. Mrs. Donna Olshan, the president of Olshan Realty said that “The definition of a trophy property may be debatable, but one thing is certain: You have to have trophy money to buy a trophy property.”

There are several trophy assets in London. This including The Ritz, Claridge’s, The Savoy, Mandarin Oriental Hyde Park and The Dorchester. Moreover, in Paris this including Le Bristol, Hôtel de Crillon, Plaza Athénée, George V, Le Vendôme and Le Royal Monceau. There are other hotel assets that could be argued to be trophy hotels based on the history, quality and location of the accommodation but it always come down to: who is interested in the assets and how much is the bidding price?

113 years after first opening their doors, The Ritz London is a Grade II listed 5-star hotel located in Piccadilly, Mayfair in London, England. A symbol of high society and exquisitely luxury, the hotel is one of the world’s most prestigious and best-known hotels with stunning rooms and suites, afternoon tea, Michelin-starred dining and private dining at The Ritz. It is a member of the international consortium, The Leading Hotels of the World.

When The Ritz first opened its doors on 25th May 1906, it was considered one of the greatest hotels in the world. Conceived by the famous hotelier César Ritz with the aim of becoming the ultimate destination for guests looking to stay at the most luxurious hotel in the land, no expense was spared on its opulent interiors and lavish furnishings.

Since 1995, Quarrelling billionaire brothers Sir Frederick and David Barclay acquired the 136-key Ritz London for £75mn. “I take great pride in The Ritz hotel and its success ever since I personally wrote a £7.5m cheque as down payment in 1995,” they wrote. “A sale below the proper value would give rise to further litigation. This would be regrettable.”

In March 2020 before UK COVID-19 lockdown, the Qatari real estate tycoon, Mr. Abdulhadi Mana Al-Hajri bought the five-red-AA-star asset at an undisclosed sum but estimated to be around £700mn which is around £5.15mn per key. The Ritz London is now the per-key the most expensive hotel ever sold.

The strong brand in the prime location of Trophy asset will always hold better value than lesser known properties. Stefano Cervone, director of Sorgente claimed that “These assets are more liquid than a lot of others on the market, as they attract a global investor and will always command a premium to other top-grade property”

European, US investors, Middle Eastern and Asian sovereign wealth and family investment funds are attracted to trophy hotel assets. According to CBRE, many of the Middle Eastern investors have purchased some of the world’s most trophy iconic hotels. For instance, their transactions include The Ritz (mentioned above), Claridge’s and Connaught Hotel “All are considered landmark assets and appeal to an opulent clientele with a penchant for luxury,” the CBRE report said.

In conclusion, the purchased price of this most recent trophy property transaction of The Ritz Hotel London clearly shows that trophy hotel assets make the ultimate legacy. Ultra-High Net Worth Investors & are eager to buy no matter how much premium added on top and the minimum returns on yield. The opportunity to gain influence or a higher international profile, while also enjoying capital appreciation and income flow makes the trophy hotel assets even more attractive.

Founder and Chairman of Farazad Group of Companies
Send email

Making Painful Chargebacks a Thing of the Past