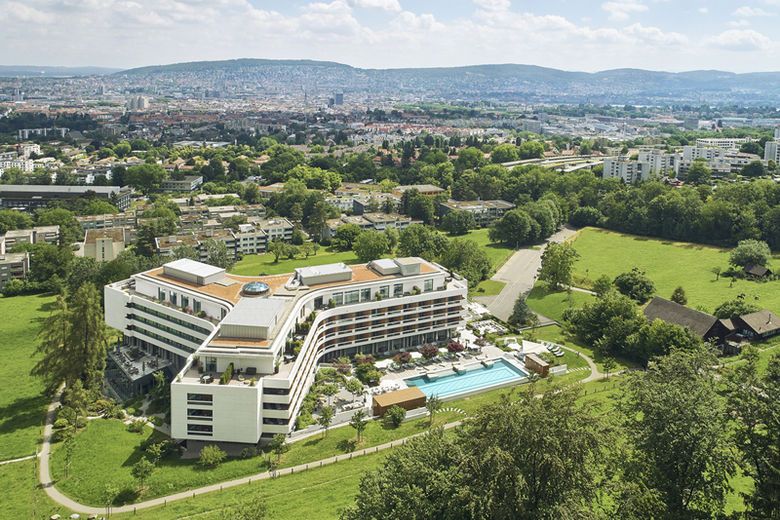 Luxury lifestyle hotel group FIVE Hotels & Resorts is preparing to fly from the nest and open its first international hotel, in Zurich, Switzerland.

Born in Dubai, FIVE started operations in 2017 with its partying-meets-luxury resort on Palm Jumeirah. FIVE Jumeirah Village followed, providing the same level of service. Together, the two hotels feature 1,198 keys and upwards of 20 F&B venues, as well as a full calendar of events and celebrity appearances.

Looking at the success of the two hotels, FIVE’s management saw an opportunity to expand into Europe. In a statement the group said its Dubai hotels have amassed more than 288,000 room nights from European travellers alone.

Formerly known as Atlantis By Giardino, Zurich, the hotel shut its doors earlier this year due to soaring expenses and a bleak economic outlook. Fast-forward to summer 2021 and the striking hotel will be revived by the Dubai-based group.

“It is a matter of pride to infuse the entrepreneurial spirit of Dubai’s hospitality scene with Switzerland’s longstanding tradition in luxury hospitality. This dream has only been realised due to the pioneering vision and tireless execution of HH Sheikh Mohammed Bin Rashid Al Maktoum, Vice President and Prime Minister of the UAE and Ruler of Dubai, who laid the foundation and has continued to develop one of the world’s most diverse and pioneering economies,” said Kabir Mulchandani, chairman of FIVE Holdings.

To meet the additional workload of adding a third property, FIVE will employ a further 260 employees over the course of the opening, reaching 1,260 employees once the hotel opens.

“It fills me with joy to open this new chapter alongside all of our colleagues who have shown restless commitment and passion in these past months, and to challenge each other’s creativity with this new exciting project; as after all, if it’s not with fun we shouldn’t do it at all”, added Mulchandani.

Hotels.com Hotel Price Index Finds Passion For Travel Is Still On The Rise

Hyatt and Hilton Are Taking Different Branding Approaches Inside China

Branded Hotels: Who Has The Best Contactless App?