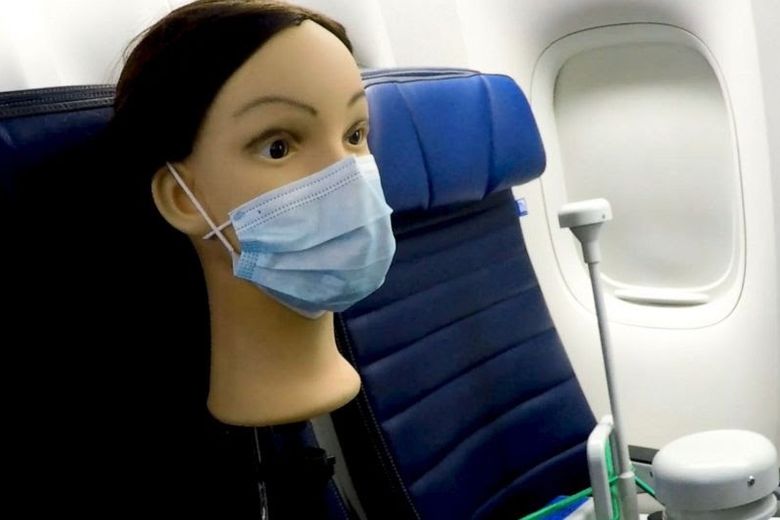 United Airlines says the risk of COVID-19 exposure onboard its aircraft is “virtually non-existent” after a new study finds that when masks are worn there is only a 0.003% chance particles from a passenger can enter the passenger’s breathing space who is sitting beside them.

The study, conducted by the Department of Defense in partnership with United Airlines, was published Thursday. They ran 300 tests in a little over six months with a mannequin on a United plane.

The mannequin was equipped with an aerosol generator that allowed technicians to reproduce breathing and coughing. Each test released 180 million particles – equivalent to the number of particles that would be produced by thousands of coughs. They studied the way the mannequin’s particles moved inside the cabin with a mask on and off.