Why Won’t Nonno and Alexa Be Friends? 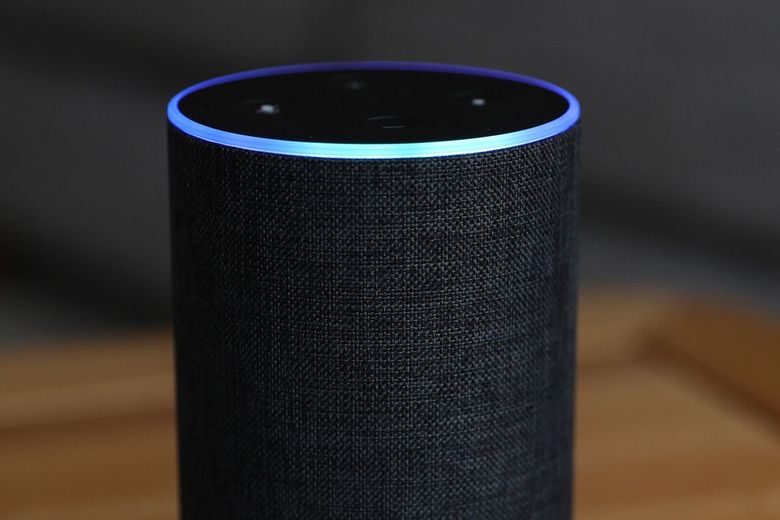 Like many of you, I had grandparents who immigrated to the United States from the “old country.” Nonno and Nonna arrived on a ship, through Ellis Island, from their small, rural town near Lake Como in Northern Italy. They arrived at a time when technological advances were on the cusp of becoming part of everyone’s life. For instance:

And it was this jump from five to seven digits that threw my grandfather for a loop. Nonno was a shoemaker. He also played the concertina beautifully, made wonderful wines, and grew the best tomatoes you ever tasted. But technological, he was not. And patient he certainly was not. At least not when it came to the telephone. For some reason he could not wrap his mind around the fact that to make a call, he now had to dial (not touch) seven numbers instead of five. No matter how many times my father and his siblings explained the new dialing system to him, it just didn’t penetrate. I often wonder what he would think today when you can make a call by simply saying, “Alexa, call….” But I don’t have to wonder how the telephone got pulled out of the wall and ended up on the floor.

Like its cousins, Siri and Cortana, Alexa is one of a new generation of Voice-Activated Virtual Assistants (VAVA) that are on the cusp of transforming how we change what we are watching on our flat screens, how we remember to lock our cars, adjust the thermostat, turn off the lights, or ask a question. It is also on the cusp of transforming how we can operate our hotels – for both guests and for employees.

While VAVA is less of a novelty today and is increasingly becoming integrated into our daily lives, it is still in the early adopter stage for many – both personally and professionally. And like any new technological development, there are always pros and cons for adoption. So, let’s look at what I’m calling VIVA’s Top Three Cs.

It is no secret that personalization is a driving force for all consumers. To paraphrase the 1969 song popularized by Frank Sinatra, “I want it my way…” Hotel rooms can be set up so that these VIVAs mimic our own smart home features such as turning lights on or off, opening or closing window blinds, controlling the room’s temperature, and even changing the television. But that is just the beginning. What about being able to access your personal playlist, your music or Netflix-type subscription services and even your Amazon Prime account? All theses by using just a voice command while you are in a resort room hundreds of miles from home.

What about being able to access your favorite workout app before heading out to a plenary session in a distant conference hotel? I guarantee that the exercise routines I have on my phone are a lot better than what I can currently get in any hotel room. And the best features of all would be the one I jokingly call ET phone home where you can see your family pop up in living color on the television screen by simply saying “Alexa, call home.” That experience would surely be sweeter and more personalized than trying to read a bedtime story to your children via Facetime on your small phone or computer screen.

Every hotel wants and needs a strong and special connection with its guests. Here is where VAVAs can be a glue to help build a convenient and personalized two-way experience to strengthen the bond between guest and brand. For example, Alexa can be programmed to welcome guests with a personalized message when they walk into their rooms. She can answer their questions about the hotel’s restaurants, the fitness center, and even what to do or what to see in the area to make their stay more interesting and enjoyable. And based on the guests’ profiles, she can also be calibrated to update them about specials that the hotel is offering.

And it can be done in real time. This service can not only enhance the hotel experience for the guest, but also increase revenues for the hotel. To illustrate how well this this last point can work: There is a spa not too far from my home that has a great massage staff. Like hotels, management knows that a massage table not booked for an hour is revenue that can never be recouped. Every morning I receive a short email with a personalized video clip telling me which massage services are available (they know which ones are my favorites, too) and at which times that day – at a 15% discount. Now, while I surely don’t book one every day, I guarantee I do book them when I probably wouldn’t without this personalized connection.

There is no question that Alexa will change how guests communicate with staff. The questions are whether she will replace the telephone in the room or even the concierge in the lobby. A VAVA system can make it simpler for a guest to request extra towels, a forgotten toothbrush, the next day’s breakfast from room service, and yes, even a spa service.

This more direct request from guest to staff has several advantages. First, it should reduce misunderstandings or errors in what the guest wants. Second, it should make for a faster response time because the requests would be quickly and correctly routed to the appropriate department(s). Finally, it should free up staff time to focus more on personal interaction with and service to the guests.

But as sportscaster, Lee Corso, would say, “Not so fast.” Not everyone is excited about a VAVA future for hotels. Employees have concerns about the impact it, as well as other new technologies and automated services, will have on their jobs. We are already seeing robots delivering food, Roombas cleaning rooms, and automated wake-up calls. We are already seeing Wearable Technologies being integrated into the workplace in the form of watches, hats, and microchips embedded into uniforms. Can Alexa, Siri, Cortana and all their clones be far behind?

We can expect that many employees will have strong objections to being replaced by a “device that uses speech recognition to perform an ever-growing range of tasks on command” with its real smarts on the Internet. But the two big elephants in the VAVA room are privacy and cost. In the era of Snowden and Cambridge Analytica, we can’t be surprised that many guests want an Alexa-free room or disconnect the device as soon as they walk in. And we can’t discount the ever-presence threat of being hacked.

Part of this reluctance comes from the fact that, when the VAVA devices are on, they are “listening” to everything that is happening in the room. Then there are the horror stories that pop up on social media about Alexa or Echo gone wrong. Complaints about Alexa waking guests up in the middle of the night without prompting. Ooops. Complaints about Echo recording a private conversation in a home and then sending it to someone in the contact list. Double Ooops. Finally, there is the reported case of a man who allegedly received 1700 Alexa audio recordings of another user. Big Ooops!

Stacey Grey, policy counsel for the non-profit Future of Privacy Forum, pointed out that a hotel would be highly unlikely to use Alexa to eavesdrop, the fact that privacy policies regarding the Echo could be difficult to nail down is a problem. I agree.

I expect that, like any new technology, eventually VAVA devices will get integrated into our routines and just become part of our daily lives. And as this happens, costs will come down. General acceptance of their integration into hotels will depend, in large part, on guests being willing to yield some privacy in return for some convenience.

But at a minimum, hotels that do adopt Alexa, Siri, Cortana or one of their descendants, will have the responsibility to make sure their guests know that these devices are in their rooms and they are always on and listening. I wonder how many guests will turn them off. Will yours?

There is one thing that I don’t wonder about, however. Nonno and Alexa will never be friends.

Your REVPAR will thank you!

(1) The big jump in refrigerator use came in 1935 when Roosevelt’s New Deal loans made it possible for families to install electricity in their homes.

(2) In 1951, area codes were introduced in the United States, Canada and parts of the Caribbean, allowing direct dialing of long-distance telephone calls.

How Do You Simplify The Lives Of Hoteliers? With The Best Breed Of Technology, For Starters

Accor announces the disposal of its 85.5% stake in Orbis to AccorInvest for €1.06bn