The project features the preservation of two shophouses and centers around a signature continuous 20-meter-long quartz bar.

OWIU Studio, the architecture and design studio founded by Amanda Gunawan and Joel Wong in 2017, officially unveils its latest restaurant project, RAPPU, in Singapore’s vibrant Tanjong Pagar district. The 36-seat RAPPU is a new omakase sushi bar concept by The Feather Blade group and offers a striking design worthy of the largest venue of its kind in Singapore.

Housed in a heritage-preserved shophouse on Duxton Road, in the commonly referred to as the neighborhood with a bustling dining and bar scene, OWIU Studio’s design for RAPPU is based around the preservation of two shophouses and transformation into one structure. With the intention to preserve the charm of the heritage shophouse, OWIU Studio maintained the exposed timber ceiling beams and raw concrete flooring to still showcase the industrial-chic aesthetic of the original space while reimagining it as a chic restaurant. RAPPU’s sushi bar counter boasts 36 seats that make it the largest sushi omakase bar in Singapore.

For RAPPU’s industrial-chic aesthetic and ambitious design, OWIU Studio developed various creative solutions to accommodate the existing architectural constraints and showcase the restaurant’s signature 36-seat omakase bar. The studio’s approach required creating a six-meter-long (19.6 feet) opening through 0.3 meters-wide load-bearing brick and installing a new steel post and lintel system on a new foundation to support the structure. The result is a dramatic open space with a continuous quartz bar that spans nearly 20 meters long, an ambitious idea and the first of its kind in Singapore. The dramatic dining surface is accented by a 20-meter-long steel LED lighting system suspended above the bar counter that mimics the bar’s shape and adds scale. The light syncs with music and illuminates the venue with dynamic color as the day progresses.

A customized 20 meter-long-steel profile RGB LED light wraps the space above the counter, mimicking the overall profile of the bar. The light syncs with music and changes color overtime as the day progresses.

RAPPU is a specialty hand roll omakase sushi concept that has officially opened its inaugural location in Singapore. “Omakase” is the Japanese word for “chef’s choice” and is a common concept in traditional sushi bars. Omakase is centered around a bar behind which a chef serves his or her customers directly. An ambitious idea and the first of its kind, the design concept for RAPPU’s dining bar features a single continuous piece of quartz bar spanning nearly 20-meters long.

Thirsty diners can also pair with each roll with a curated list of sakes ($18 for a flight of 6) whilst Japanese inspired tipples, such as Umami Old Fashioned and GinZu, provide refreshing alternatives (ranging from $10 to $16).

A running theme on RAPPU’s izakaya menu will be collaborations with other restaurants. To kick things off, The Feather Blade will reconstruct its famed gyudon and burger into bite size izakayas. The former is aptly named the Beef Bomb, an explosion of smoked quail egg awaits as diners savour familiar flavors of sukiyaki wagyu beef, garlic chips, and furikake.

RAPPU’s name takes on two meanings: In Japanese, the term refers to rap and hip-hop music bringing the likes of Wu-Tang Clan to Kendrick Lamar to the state-of-the-art sound system across the restaurant. Another meaning of rappu is wrap, and hence, the RAPPU restaurant will offer “onigiris” and tea for breakfast, and seaweed tacos as an izakaya bar snack. 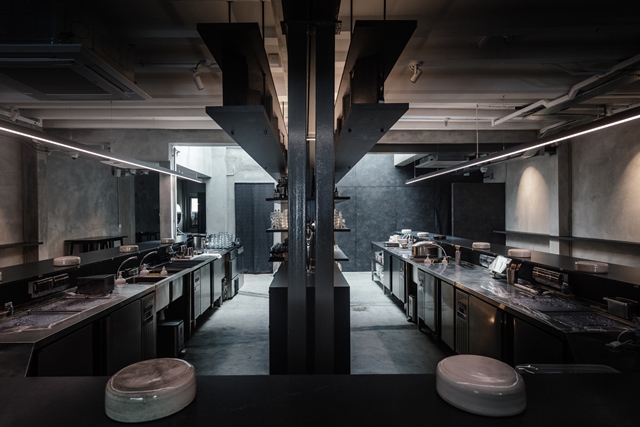 Ibiza’s ‘best hotel for foodies’ just got even better…